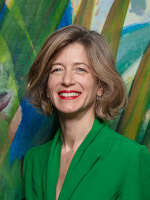 She is specialized in patents, trademarks and other IP rights litigations. She has 30 years’ experience in all intellectual property fields from counselling to litigation. She commenced her career with Paul Mathely the most famous French IP litigator from the 60th to the end of the 90th, and then joined Pennie & Edmonds in New York City prior to practicing with Casalonga & Associés, as a French and European Trademark Attorney.

She advises large French and International companies on protecting and defending their intellectual property rights in different sectors including electronics, pharmaceutical goods, and consumer products. She has a strong expertise in the wine and GIs sector.

She represents our clients before the French Courts and the Court of Justice on all types of IP matters, including patents, trademarks, designs and copyright infringement and cancellation actions, unfair competition and distribution network actions.

She is recognized as one of the French leaders in Intellectual Property and is cited by the European Legal Experts Magazine, WTR 1000 and the Legal 500.

She regularly speaks at national and international conferences. She is a member of the ECTA anti-counterfeiting committee, AIDV, INTA, LES and the AIPPI.