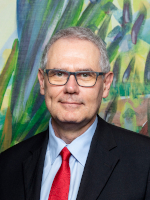 In 1993 he became a patent attorney trainee in a Munich based patent law firm which he then joined to become a partner in 1997.

He joined the Munich based Office CASALONGA & PARTNERS in 2008 and became a partner in 2010.

He also acts in opposition and appeal proceedings before the EPO and in litigation and nullity actions before the pertinent German authorities.

He also represents clients in trademark and design cases before the GPTO and EUIPO.

The Attorneys-at-law, Patent Attorneys and Patent Engineers of the Firm have followed on 3 June 2022 a training session «The revocation action» given by Axel Casalonga. A cycle(...)
Learn more