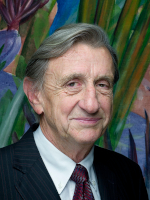 Senior Partner of CASALONGA & ASSOCIÉS since 1975, Axel Casalonga has practiced Industrial Property law since 1969. He is recognized as one of the most prominent patent specialist in France

He has a large practice of drafting and negotiating contracts on patents and know-how. He specializes in the preparation and defense of patents in mechanical and in the software field. He has carried out numerous audits and evaluations of patent portfolios and brands, including mergers and acquisitions.

He was Chairman of the European Patent Practice Committee (EPPC) of the European Patent Institute (epi) from 1997 to 2005 where he drafted, organised and supervised numerous epi position papers on various subject matters, including the PCT, the Community Patent System, the EPC 2000 as well as "amicus curiae" briefs to the Enlarged Board of Appeal of the EPO on questions such as disclaimers, diagnostic methods, …etc.

He was involved in the discussions of the previous drafts of European Jurisdiction (EPAC, EPLA) which were held even before 2000.

Since 2011, Axel has been nominated Chairman of the Litigation Committee of the European Patent Institute (epi) which is preparing position papers for the EU Commission and the EU Council relating to the Unified Patent Court and its proposed Rules of Procedures.

Axel Casalonga is part, as an independent personality, of the UJUB Association (French association “Union pour la Juridiction Unifiée du Brevet”), which gathers all the French professional associations interested in patent litigation (lawyers, patent attorneys and representatives from the industry) and was dedicated to promote Paris as the seat of the central division of the Unified Patent Court and is now working with the French public authorities to organize the operation of the central division as well as the French local Division of the UPC..

Axel teaches patent law at the CEIPI (International Center of Industrial Property) in Strasbourg where he provides a basic course on the conditions for patentability in France and Europe since 1987.

He is member of the Education Committee of CEIPI and was a member of the CEIPI Board until 2007. He was responsible for post-graduate course at the Swiss Federal Institute of Technology in Zurich (Switzerland) on industrial property (specialized Master IP NDS) from 1997 to 2009.

Axel Casalonga teaches patent litigation at CEIPI in Strasbourg since the creation of this course in 2004.