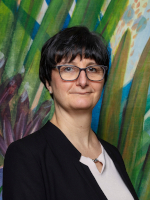 Isabelle began her career in Industrial Property with CASALONGA & ASSOCIÉS in 1995.

After spending 14 years in the Paris office, she decided to move to the Munich office, CASALONGA & PARTNERS.

Isabelle advises French and foreign clients on all issues relating to the field of Patents, from the drafting of patent applications through to the granting procedures, including patent litigation, and in particular Opposition and appeal cases before the European Patent Office.

She also carries out legal opinions, particularly for Freedom to Operate in Europe.

Isabelle is a member of the French Patent and Trademark association (CNCPI “Compagnie Nationale des Conseils en Propriété Industrielle”) and of the European Patent Institute (epi).