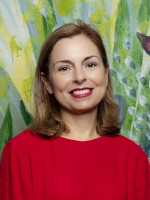 She is in charge of all legal matters concerning European Union Trademarks and Community Designs before the European Intellectual Property Office (EUIPO) in Alicante as well as for Spanish Industrial Property rights before the Spanish Patent and Trademarks Office.