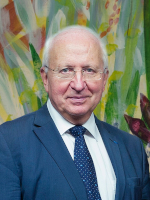 After an internship in the patent department of the company KODAK, Gérard joined CASALONGA & ASSOCIÉS in 1973. He has been a partner since 1988.

Axel Casalonga has just published the article « The sun finally rises on the Unified Patent Court » in Dalloz Actualité. For a summary of this article in English, please consult(...)
Learn more