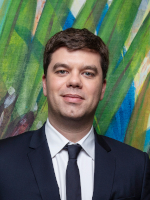 After a first experience in the industrial property department of L’OREAL, Aurelien joined CASALONGA & ASSOCIÉS in 2017.

He also conducts studies on patentability and freedom-to-operate issues.

Aurelien works mainly in the fields of organic chemistry, pharmacy and cosmetics.