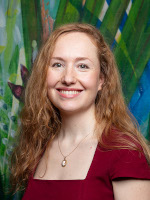 She was admitted to the Montreal Bar in 2013 and practiced at Smart & Biggar (Canada) where she was involved in trademark matters, including trademark prosecution, acquisition and enforcement of trademark rights, licensing, and trademark opposition proceedings.

Her practice focuses on counselling.

Klervi Henry is Member of the Quebec Trademark Practice Group.